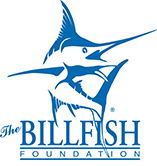 A LOT OF BULL?

CABO SAN LUCAS (JULY 31) I have fished the waters of Mexico for over thirty years. Throughout this time, I have caught, released and lost hundreds of fish. Fishing down in Cabo San Lucas is always very special. That is one of the reasons that I return each month for a few days of fishing.

One thing about fishing in Cabo, you NEVER know what you might have on the other end of your line. When that reel starts to sing, get ready, it could be the fish of a lifetime.

On this particular morning I was fishing on my boat (El Budster) with my partner, Captain Salvador and the first mate Chuey. We started trolling about 7:00 AM. The sky was sunny with a few clouds and the wind was out of the North at about ten knots. The water was blue with a temperature of 77 degrees; which was a perfect day for fishing.

It was going to be a short day as I was heading back to San Diego on an Alaska afternoon flight. Little did I know? How short my fishing day was going to be.

At 8:15 our trolling poll in the left corner started to howl like a midwestern tornado-the sound that every saltwater fisherman dreams about. Nothing can replace the sound of a Penn 50SW reel loaded with Trilene 80lb. test line screaming out as you grab for the poll.

I grabbed the poll and fought the giant fish standing up for the first ten minutes. At that time I decided that it was time to sit in one of the fighting chairs. I have caught a lot of big fish over the years. But this one for some reason felt different.

At first I yelled to Salvador “it’s a big Striped Marlin.” But then it jumped for the first time about one hundred and fifty yards out. I then told Chuey the first mate that I thought it was a Sailfish. As it was going back into the water the Dorsal Fin looked like one of a Sailfish.

As I fought this monster fish, Salvador maneuvered the boat moving forward and around to the left. This was a smart fish that had no intention of joining our fishing trip.

After about fifteen minutes the fish jumped for the second time. After the second jump Salvador and Chuey both yelled out together Dorado, Dorado, Dorado. Yes, it was a BIG Dorado. None of us knew at that point how big. As I kept fighting the fish Salvador kept maneuvering the El Budster. When you are fighting big fish like this. The captain is just as important as the individual holding the rod. Salvador and I have fished together for eleven years. This combination has proved to be a winning one.

As I reeled the fish within thirty feet of the El Budster, I was overwhelmed by the size of this monster fish. I had never seen a Dorado this big. Not in the sea, a picture, movie or record book. This was a BIG, BIG BULL DORADO. Now to get it gaffed and into the boat.

The first mate Chuey positioned himself with the gaff. Chuey is not a big man standing about 5” 7″ and weighting about 110 lb. The fish looked bigger than Chuey. By this time after about 30 minutes I was on my feet again. I was backing up as Chuey grapped the leader to get the fisher closer to the boat. Salvador was doing his part as the boat was almost stopped in the water.

On his first attempt Chuey was successful in gaffing the Dorado. As soon as the fished was gaffed Salvador was next to Chuey’s side with a short baseball bat. This was used to subdue the Dorado before it was put into the El Budster.

After a few minutes, which seemed like an hour, the massive Bull Dorado was brought on board. What a magnificent fish. The total fighting time was about thirty minutes. We all agreed that it was time to head to Cabo to get the fished weighted and measured.

After a few minutes the Weigh master called down 90lbs. 90 lb. The people at the dock started to smile and clap their hands. Salvador’s wife Adela and their three children were on hand. Everyone new that this was a very special day to remember. The fish measured 68 inches tall with a tail that measured 22 inches across.

We had our photograph taken with the fish and stayed around to answer questions for the locals and the tourists. Others had their picture taken with the big Bull Dorado. The atmosphere was a festive one that catered a lot of smiles and good feelings.

Yes, it was a day to remember. As they say in Spanish, “Una dia especial.” Next time you

want to fish in Cabo San Lucas. Give Salvador a call. Who knows, you might just set a new World Record….